Annie Bloom's welcomes Portland author Sonja Thomas for the launch of her Middle Grade debut, Sir Fig Newton and the Science of Persistence. Sonja will be in conversation with California author Ernesto Cisneros, whose new MG novel is Falling Short.

Watch the video recording on our YouTube channel here: https://youtu.be/9_GF5jZ_O6s 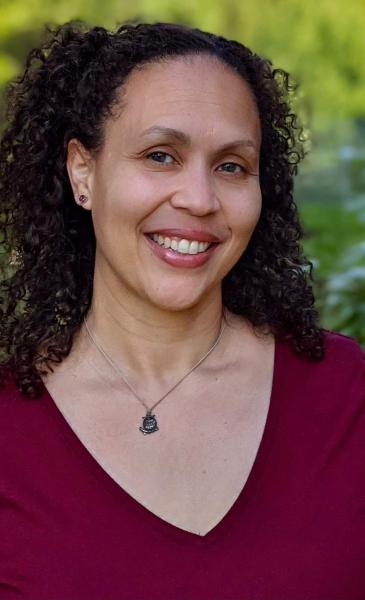 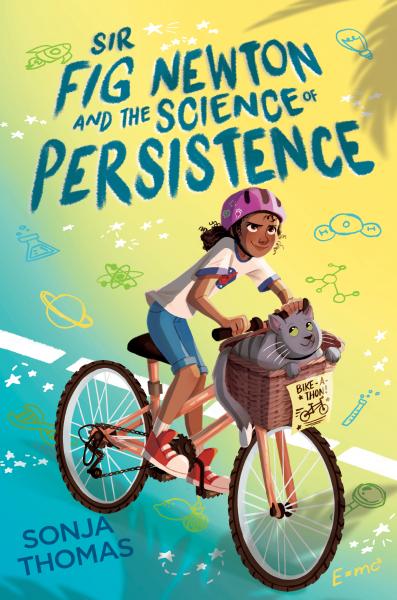 About Sir Fig Newton and the Science of Persistence:

Twelve-year-old Mira's summer is looking pretty bleak. Her best friend Thomas just moved a billion and one miles away from Florida to Washington, DC. Her dad is job searching and he's been super down lately. Her phone screen cracked after a home science experiment gone wrong. And of all people who could have moved into Thomas's old house down the street, Mira gets stuck with Tamika Smith, her know-it-all nemesis who's kept Mira in second place at the school science fair four years running. Mira's beloved cat, Sir Fig Newton, has been the most stable thing in her life lately, but now he seems off, too. With her phone gone and no internet over the weekend at her strict Gran’s house, Mira must research Fig’s symptoms the old-fashioned way: at the library. She determines that he has "the silent cat killer" diabetes. A visit to the vet confirms her diagnosis, but that one appointment stretched family funds to the limit—they'll never be able to afford cat insulin shots. When Mira's parents tell her they may have to give Fig up to people who can afford his treatment, Mira insists she can earn the $2,000 needed within a month. Armed with ingenuity, determination, and one surprising ally, can Mira save her best (four-legged) friend before it's too late?

Sonja Thomas writes stories for readers of all ages, often featuring brave, everyday girls doing extraordinary things. Raised in Central Florida—home of the wonderful world of Disney, humidity, and hurricanes—and a Washington, DC, transplant for eleven years (go Nats!), she's now "keeping it weird" in the Pacific Northwest. Ruled by coffee and cats, a few of her favorite things are dancing to music blasting in the living room, traveling to new places and buying a magnet before leaving, and snuggling with her furry friend, Gabbie Lu—just don't let her roommate's three other cats know! 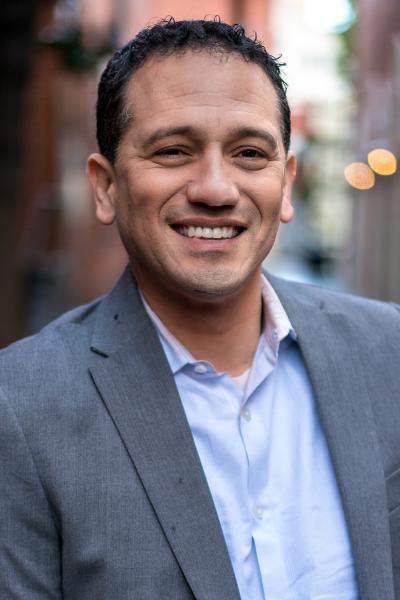 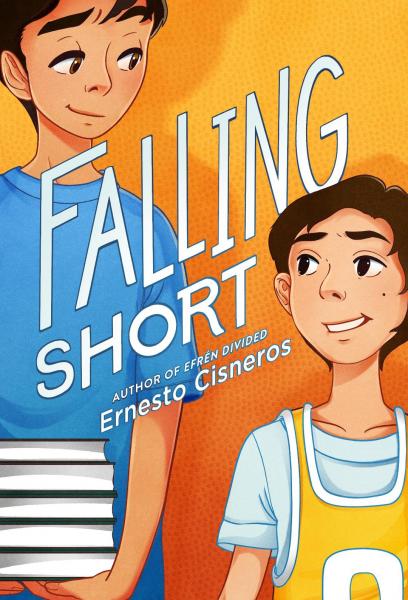 Isaac and Marco already know sixth grade is going to change their lives. But it won’t change things at home—not without each other’s help. This year, star basketball player Isaac plans on finally keeping up with his schoolwork. Better grades will surely stop Isaac’s parents from arguing all the time. Meanwhile, straight-A Marco vows on finally winning his father’s approval by earning a spot on the school’s basketball team. But will their friendship and support for each other be enough to keep the two boys from falling short?

Ernesto Cisneros was born and raised in Santa Ana, California, where he still teaches. Efrén Divided is his first book. He holds an English degree from the University of California, Irvine; a teaching credential from California State University, Long Beach; as well as a master of fine arts in creative writing from National University. As an author, he believes in providing today’s youth with an honest depiction of characters with whom they can identify. The real world is filled with amazing people with diverse backgrounds and perspectives. His work strives to reflect that.

Sir Fig Newton and the Science of Persistence (Hardcover)

This feature require that you enable JavaScript in your browser.
END_OF_DOCUMENT_TOKEN_TO_BE_REPLACED

This feature require that you enable JavaScript in your browser.
END_OF_DOCUMENT_TOKEN_TO_BE_REPLACED