Annie Bloom's welcomes Portland author Joanna Rose for a livestream reading from her new novel, A Small Crowd of Strangers, from Southwest Portland publisher Forest Avenue Press. She will be joined in conversation by fellow local author Stevan Allred. 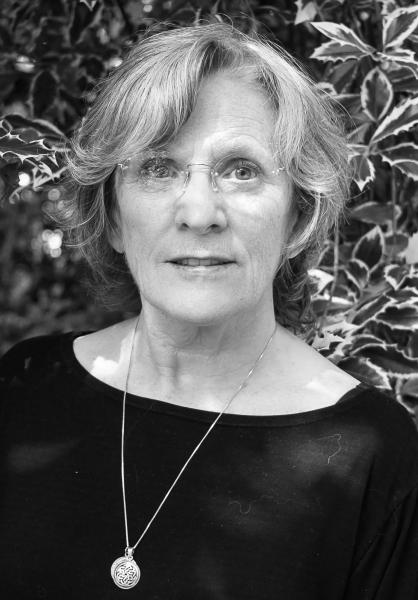 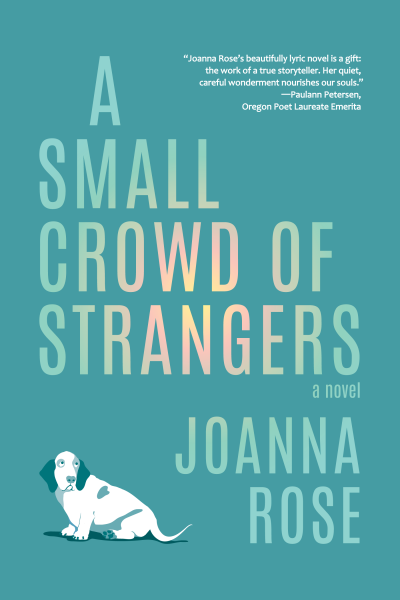 How does a librarian from New Jersey end up in a convenience store on Vancouver Island in the middle of the night, playing Bible Scrabble with a Korean physicist and a drunk priest? She gets married to the wrong man for starters--she didn't know he was 'that kind of Catholic'--and ends up in St. Cloud, Minnesota. She gets a job in a New Age bookstore, wanders toward Buddhism without realizing it, and acquires a dog. Things get complicated after that. Pattianne Anthony is less a thinker than a dreamer, and she finds out the hard way that she doesn't want a husband, much less a baby, and that getting out of a marriage is a lot harder than getting into it, especially when the landscape of the west becomes the voice of reason. A Small Crowd of Strangers, Joanna Rose's second novel, is part love story, part slightly sideways spiritual journey.

Joanna Rose is the author of the award-winning novel Little Miss Strange, which earned the Pacific Northwest Booksellers Association Award. Other work has appeared in ZYZZYVA, Windfall Journal, Cloudbank, Artisan Journal, Northern Lights, Oregon Humanities, High Desert Journal, VoiceCatcher, and Bellingham Review. Her essay "That Thing With Feathers" was cited as Notable in 2015 Best American Essays. She established the Powell's Books reading series and curated it for fifteen years. She is an Atheneum Fellow in Poetry, and cohosts (with Stevan Allred) the prose critique group Pinewood Table. She also works with youth through Literary Arts' Writers in the Schools and with Young Musicians & Artists. She lives in Portland Oregon's urban southeast side with her husband and, at any given time, several dogs. 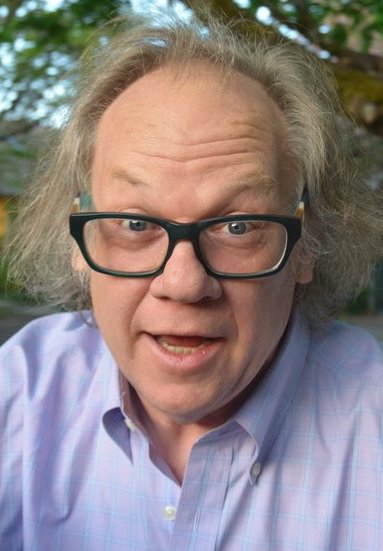 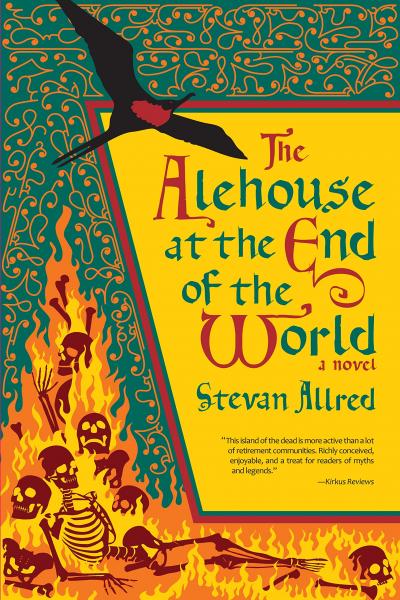 When a fisherman receives a mysterious letter about his beloved's demise, he sets off in his skiff to find her on the Isle of the Dead. The Alehouse at the End of the World is an epic comedy set in the sixteenth century, where bawdy Shakespearean love triangles play out with shapeshifting avian demigods and a fertility goddess, drunken revelry, bio-dynamic gardening, and a narcissistic, bullying crow, who may have colluded with a foreign power. A raucous, aw-aw-aw-awe-inspiring romp, Stevan Allred's second book is a juicy fable for adults, and a hopeful tale for out troubled times.

Stevan Allred lives in Portland, Oregon, halfway between Hav and the Isle of the Dead, which is to say he spends as much time burrowed into his imagination as he possibly can. He is the author of A Simplified Map of the Real World: The Renata Stories, and a contributor to City of Weird: 30 Otherwordly Portland Tales. He cohosts (with Joanna Rose) the prose critique group Pinewood Table.

A Small Crowd of Strangers (Paperback)

The Alehouse at the End of the World (Paperback)

We are offering curbside pickup, local delivery (within 3 miles), and shipping. While our store is closed to browsing, our website is always open, and you can reach us by phone for orders, questions or to arrange for pick-up or delivery for a book currently on hold.

Get ready for 2021! Calendars and Organizers are in stock now!

This feature require that you enable JavaScript in your browser.
END_OF_DOCUMENT_TOKEN_TO_BE_REPLACED

This feature require that you enable JavaScript in your browser.
END_OF_DOCUMENT_TOKEN_TO_BE_REPLACED