Annie Bloom's welcomed back Portland author Carolyn Wood for a reading from her new memoir, Class Notes: A Young Teacher's Lessons from Classroom to Kennedy Compound. 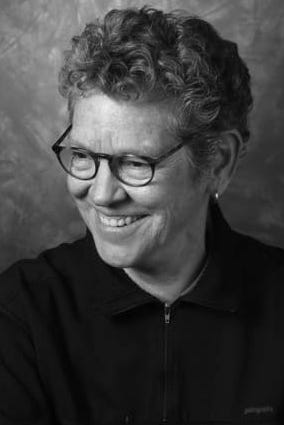 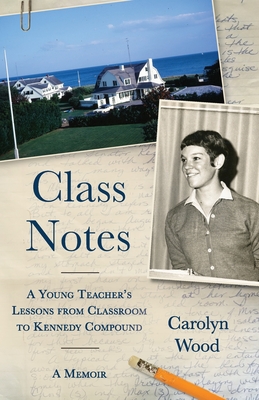 In May 1968 first-year English teacher Carolyn Wood takes a day off from school to campaign for Robert F. Kennedy. Invigorated by the senator's hopeful message, Wood develops big dreams to effect change beyond just her classroom. So when she's invited to be the family's governess, the appeal is undeniable. Class Notes follows her journey from the classroom into the famous family––ten boisterous children and one on the way––still reeling from Robert Kennedy's assassination. From inside the Kennedy Compound, stories emerge, the glimmer of fame fades, and the young teacher who sought worldliness and sophistication discovers instead the value of enough.

Carolyn Wood gained fame as a 1960 Olympic gold medalist in swimming; at fourteen she became one of a handful of child athletes to win gold. A lifelong Oregonian, she graduated Phi Beta Kappa from the University of Oregon (BA English 1967) and Portland State University (MSW 1979, MS Education 1980), and taught high school English, literature, and composition for over thirty-five years. Wood is a member of the Oregon State Sports Hall of Fame, a fellow of the Northwest Writing Project, and a past participant in the Centrum, Fishtrap, and Banff Writers writing communities. Her work has appeared in Teachers as Writers, Elohi Gadugi Journal, REI Co-op Journal, Women Who Write, and Curve Magazine. Her first memoir, Tough Girl, was awarded the 2017 Benjamin Franklin Award by the Independent Book Publishers Association and the 2019 Buck Dawson Authors Award by the International Swimming Hall of Fame.

This feature require that you enable JavaScript in your browser.
END_OF_DOCUMENT_TOKEN_TO_BE_REPLACED

This feature require that you enable JavaScript in your browser.
END_OF_DOCUMENT_TOKEN_TO_BE_REPLACED